Before the Jackson Hole Symposium, EUR/USD struggles after failing twice at the 1.22 area. While below 1.20, it remains weak, as technical traders focus on a head and shoulder formation seen on the larger time frames.

The EUR/USD technical picture looks bearish, despite the strength seen in the U.S. equity markets. Or precisely because of that.

But, the dollar remains relatively strong. As seen in the chart below, the EUR/USD pair trades at its 2021 lows. 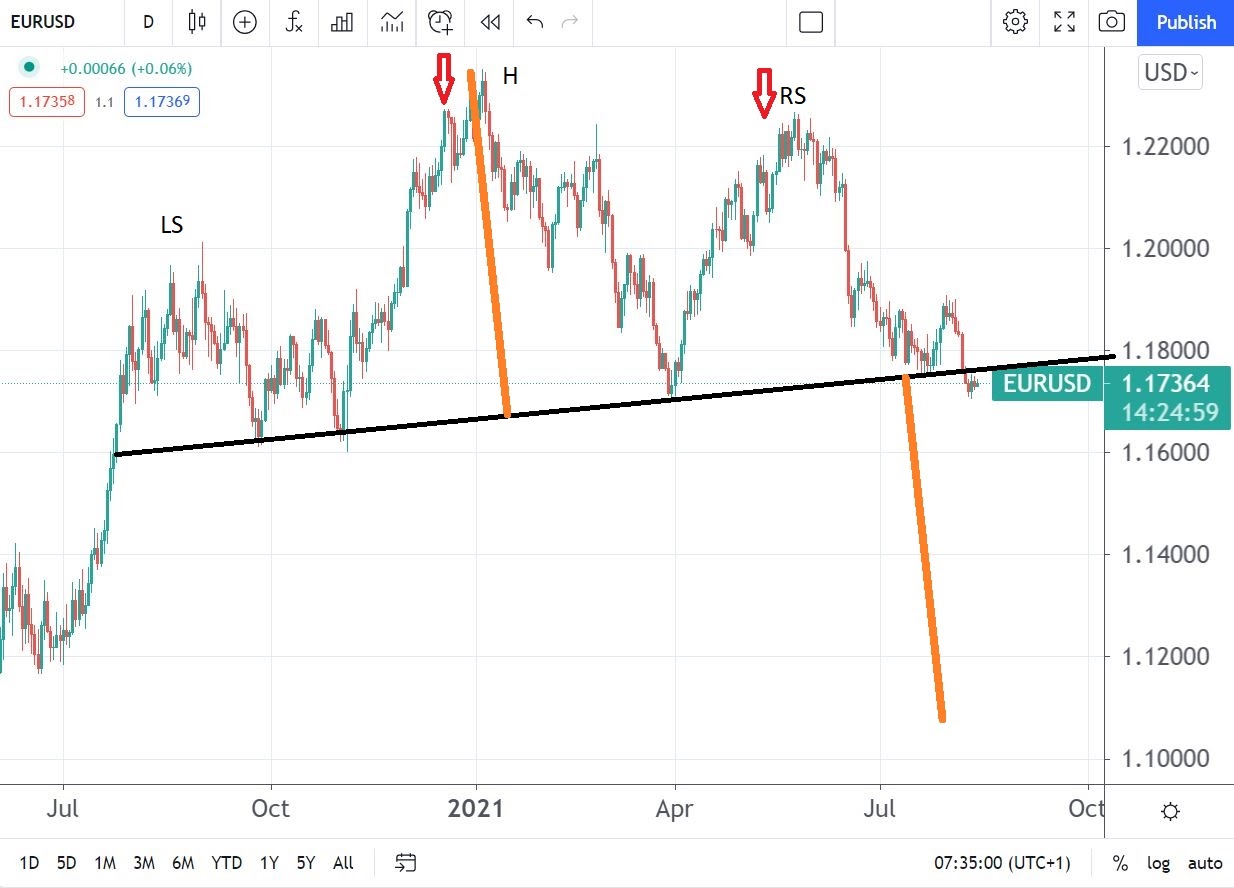 The EUR/USD pair started the year at its highs. Since then, it had declined and found support in the 1.18 area.

Currently, the market appears to have formed a head and shoulders pattern. Moreover, the recent price action this week suggests that the pattern’s neckline was broken. As such, technical traders will focus now on the measured move, which points to a drop well below the 1.13 area.

Because there are no significant economic events until the Jackson Hole Symposium at the end of the month, the bias is that the EUR/USD will have a hard time bouncing. Also, the dynamic support offered by the head and shoulders’ neckline (i.e., the black line on the chart above) is unlikely to hold as it was tested multiple times so far.

All in all, the EUR/USD remains weak despite ongoing strength in the U.S. equity markets. This should worry any EUR/USD bull ahead of the Jackson Hole Symposium.