The New Zealand Dollar (NZD) rose against the US Dollar (USD) on Monday,  increasing the price of NZDUSD to more than 0.6300. The price of the pair increased after major economic news released. Considering the price movement of the pair over the last few days, it is anticipated that the technical bias may remain bearish because the pair’s price marked a higher low in the recent upside move.

As of this writing, the currency pair is being traded around 0.6428, resistance may be seen around 0.6467,  the 38.2% Fib level resistance ahead of 0.6590, the trendline resistance level and then 0.6769, the key horizontal resistance as demonstrated in the given below chart.

Coming towards the downside, support can be witnessed around 0.6391, the trendline support. Another support may come around 0.6344, the 23.6% Fib level and then 0.6270, the key horizontal support level as demonstrated in the given above chart. The technical bias may remain bearish as long as 0.6391, the major horizontal resistance remains intact.

In the United States, the figure with respect to the nonfarm payrolls remained 196K in March, as compared to 33K during the month before, up beating the economist expectation which was 180K. The data is copied from the news released by the Department of Labor, United States.

The data represents the number of jobs created in all non-agriculture sector in due course of time. It is to be noted that the monthly variation in the Nonfarm payrolls data can be extremely volatile since it is directly proportional to the economic policy decisions made by the Central Bank. Generally speaking a high reading in this regard is considered as a bullish or upward trend for the US Dollar (USD) whereas low reading indicates a downward trend or bearish market for the US Dollar (USD).

Considering the overall price behavior of the pair over the last couple of days, selling the NZDUSD around current levels can be a good decision in short to medium term.

Trading Forex does have its risks but with proper risk management and a consistent strategy that uses a form of analysis, be it technical, fundamental or sentimental, you can be hugely profitable. It is worth noting that trading, of course, has its pros and cons, we’ve highlighted those to make sure you’re aware of the key mistakes beginners often make. 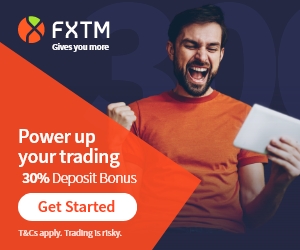 Investing is speculative. When investing your capital is at risk. This site is not intended for use in jurisdictions in which the trading or investments described are prohibited and should only be used by such persons and in such ways as are legally permitted. Your investment may not qualify for investor protection in your country or state of residence, so please conduct your own due diligence. This website is free for you to use but we may receive commission from the companies we feature on this site. Click here for more information.